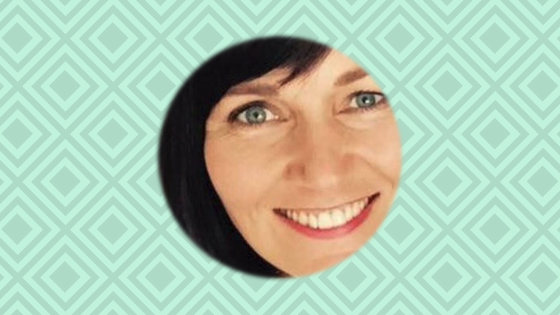 This Side Hustle Heroes is a really special one. I met Alison a few months ago when she reached out to me on Instagram about Amazon FBA. She was a complete novice with regards to this particular method of selling but not selling in general.

Alison has been reselling for years and she has her own Facebook group dedicated to selling women’s clothes. Amassing over 14,000 members her group has a solid reputation.

As well as selling in her group Alison wanted to sell on Amazon, the thought of boxing up items and sending them in to let Amazon take care of the rest was too appealing for Alison it seems!

For those that don’t know Amazon FBA means “Fulfilled By Amazon” – this essentially means that Amazon will do all the hard work for you, they will sell your goods, pack and ship them and deal with any customer-facing issues. All you have to do it send your items to their fulfillment warehouses.

The main thing I want people to focus on whilst reading this interview is literally about 4 months ago Alison did not even have an Amazon FBA account. Just bear that in mind.

Over To Alison And Her Amazon FBA Journey

[JOHN] Hi Alison, thank you so much for speaking with us today. Can you give us a brief introduction into who you are and how you got into reselling?

Well, I’m a 49 year old housewife/grandmother from Hailsham, East Sussex. I’ve always been self employed with an array of professions! I started out as a beauty/holistic therapist, which I enjoyed for 14 years until I decided to take a different path and trained to become a Cambridge Weight Plan Consultant which kept me extremely busy for a few years. I then decided to take some time out and moved to Spain but after just 11 months decided to return home when my daughter Ashley announced she was expecting my granddaughter.

Two weeks after returning home I threw her a lavish baby shower and one of the guests asked who’d I’d got in to do it and I replied ‘I did it all myself’ to which she replied ‘wow, you should think about doing this professionally’ and so that’s how ‘Lullaby Baby Gifts’ came about (my next venture) That lasted 5 years and got way too busy for me, so much so that my husband made a stand and said something had to give because he hardly saw me lol. So I gave it up.

I decided to take some time out again and concentrate on me and the family….I actually started doing some housework again and cooking from scratch, joined a gym and started losing some of the weight that I had gained over the years.

As I started dropping dress sizes I decided to try and sell my bigger clothes and couldn’t believe how quickly they sold!! That’s when the reselling really started! (I has dabbled over the years with eBay and car boots sales)

[JOHN] Your Facebook group has an amazing following, how is that going for you?

Thank you! It was originally the Lullaby Baby Gifts Facebook group but I decided to change it to New To You shortly after starting to sell my clothes.

It’s a lovely group with some lovely ladies in it and keeps me busy with its 14K plus members (although it’s been on the back burner a little recently due to starting up Amazon) I also now have a shop on eBay – http://stores.ebay.co.uk/philalison13

[JOHN] I see from your Instagram feed and also other messages in other groups we are both members of that you have fairly recently decided to give Amazon FBA a go. How is that working out for you?

Yes, that’s right. I decided to take the plunge after watching one of Caroline Mouran’s YouTube videos (always_making_lemonade) and watching your video on sending your first shipment in. I really didn’t have a clue if I had done it all correctly but after sending in my very first box on the 3rd of December ‘18 and it going live on the 5th I soon sold my first item. It was super exciting and it spurred me on to send in another. I went from selling 1 maybe 2 items every day or so to now selling between 5/10 a day. It gets truly addictive!

[JOHN] This is AMAZING – Getting to this stage so quickly is a real achievement, well done! Do you have any influencers or groups you would like to mention here that have helped you along your journey?

Well, there’s you of course and your blog/group. Caroline, who I’ve already mentioned.

Nic and Andrea Hills, who I follow on YouTube and their Facebook Tat Chat and Luke Pastore and his Facebook group The UK Book flipper community – secrets of Amazon FBA, FBM, eBay seller, etc.

For your FREE copy of the ebook Alison used to start her journey click here and I will send you one straight away!

[JOHN] That’s great. I am aware of those groups, Luke is a big player in the FBA field and certainly knows his stuff. How and where do you source for your inventory?

Mainly charity shops and car boot sales. Also a little from Facebook groups, eBay, Gumtree and Shpock, oh and I go to a monthly auction locally.

[JOHN] Do you have any goals or plans for the future with your business?

I would love to create a private label and sell that on Amazon but that’s a little way off yet.

[JOHN] I also believe you are a right family of side hustlers, is it true your daughter and granddaughter have a YouTube channel set up for their bargain hunting!?

That’s right and yes they have a new YouTube channel. My daughter Ashley is passing on all her reselling knowledge she got from me to my 9-year-old granddaughter, Mylee and she’s really enjoying it…sold her very first item on eBay last week!!, she was SO excited!! Flipped a £1 purchase into £6 (baby steps).

[JOHN] That is AWESOME! My kids get involved with my work too on occasions! Thank you, Alison. I always like to end on a super tip. What would be your number one tip for anyone thinking of giving reselling a go?

My number one tip would have to be ‘research the item before you buy it’.

Check to see if a similar item has sold for a good price!

As always I would like to start off by thanking Alison for her time here. For me the key takeaway from this interview is the sheer speed she has picked this up. Obviously Alison has been reselling for years across other platforms but only in the last four months has she been on Amazon.

And to go from nothing to now selling 5/10 items per day is an INCREDIBLE journey.

New To You –Alison’s Clothing Group

Alison’s Instagram page – Reach out and ask her questions, she doesn’t bite!

Side Income Tribe – My very own group dedicated to side hustles!

The UK Book Flipper Community – The ONLY group you need to be in if you want to sell second-hand books.

When I approached Alison about doing this interview she had second thoughts because she didn’t think she would have much to share.

But for me, this interview is pure gold because it shows that you can learn, you can change your life, you can do new things, you can take on challenges, you can inspire!

Alison is clearly a doer with a fantastic attitude. It is easy to find excuses to not do something but with this new venture she dedicated some time to learning it and now she has mastered the steps into earning a semi-passive income stream through Amazon FBA.

Quite literally anyone can do this, at whatever scale you want to do it at. 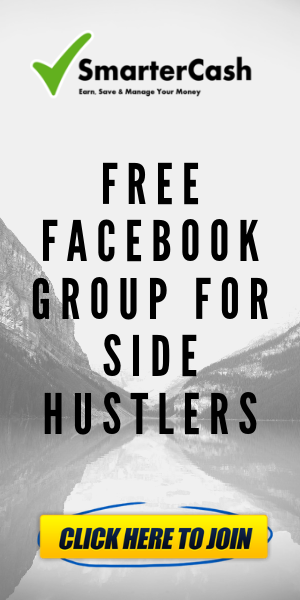 Side Hustle Heroes #2: How Francesca Teaches People To Go From...